Last Thursday, 4th March, students of 1st, 2nd and 3rd year of ESO went to Hytasa. Tere, we saw a play called Food For Thought. The play told that a man has a restaurant but nobody came to his restaurant. He had to pay a lot of money to the bank but, he din't have enough money. A friend sent him a letter and it says that, 5 years ago, she gave him one hundred pounds and now, he has to give it back to her.
He invites her to have lunch, and after lunch, she discovered that he didn't have any money. She decides to help to make his restaurant better. Then the actors take some students to scene and they play different roles of famous people who come to the restaurant. It was really funny and I would like to go back next year. 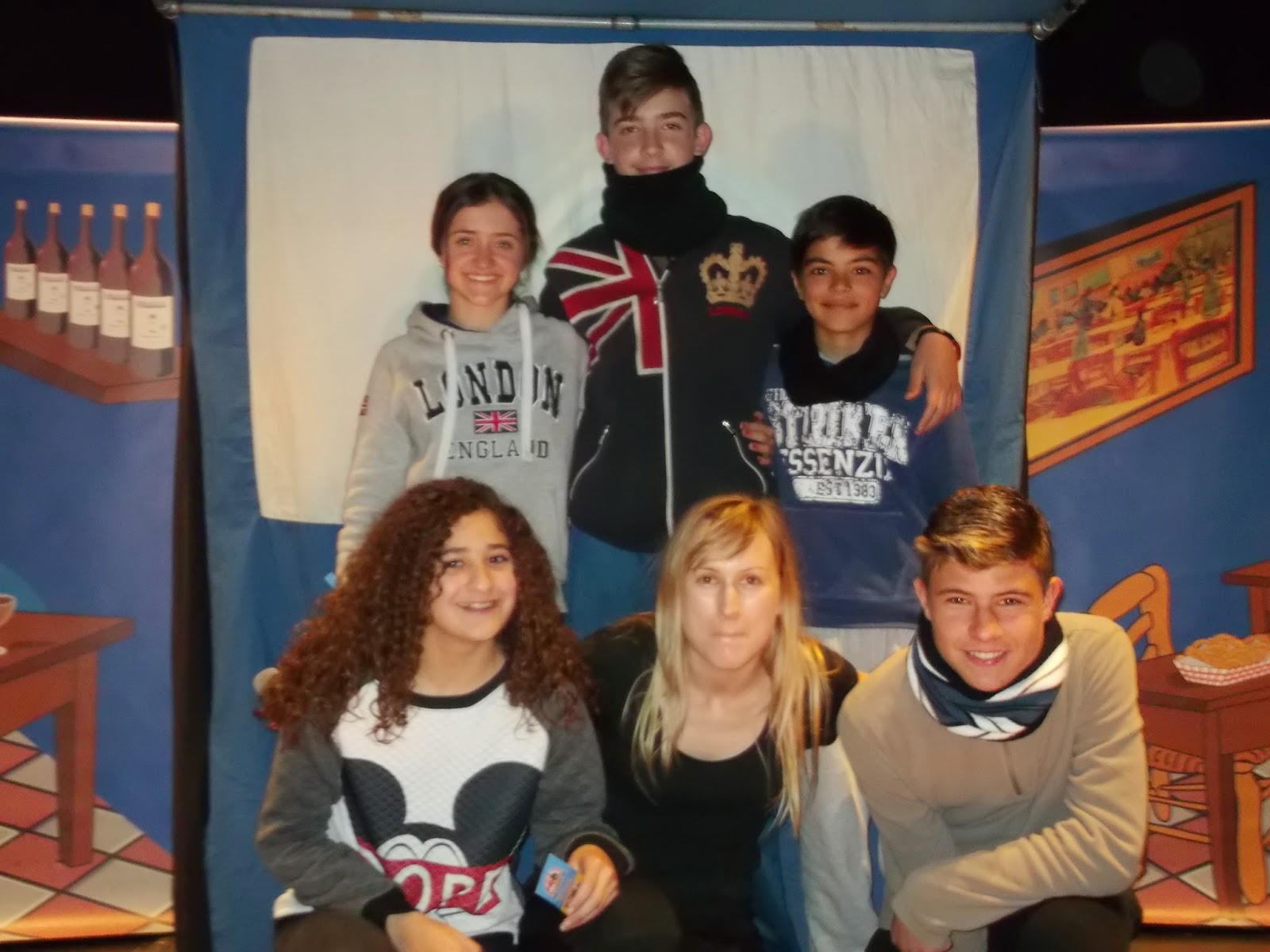